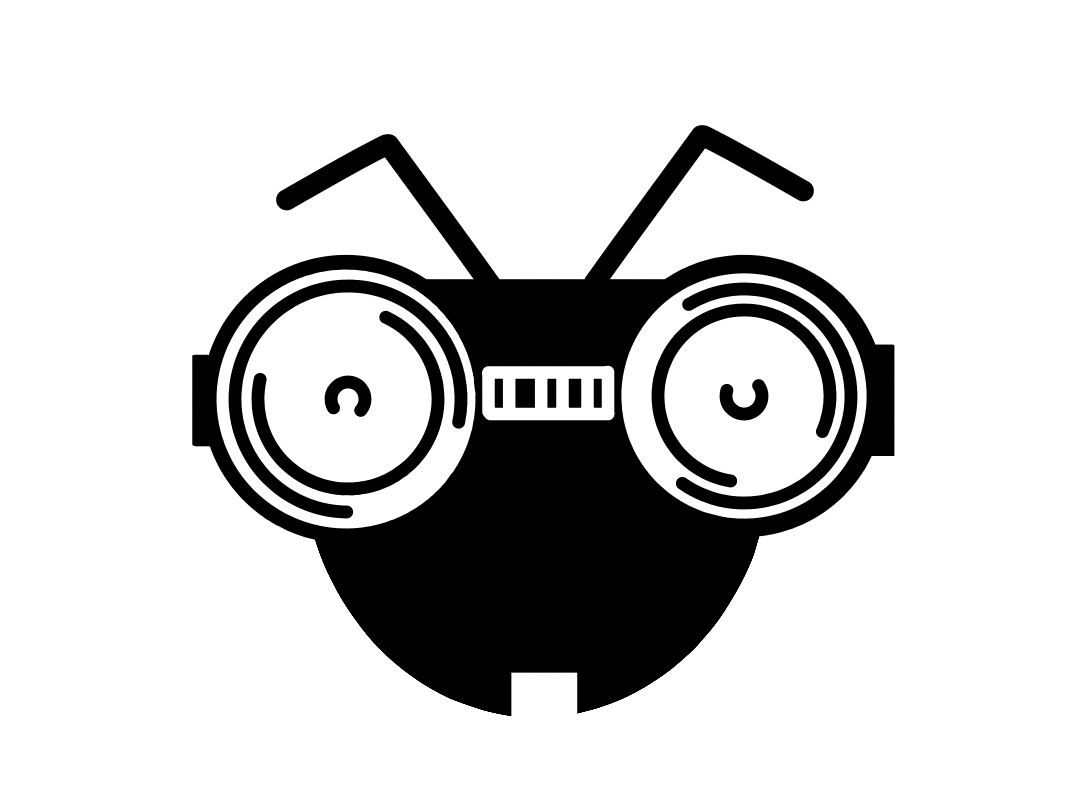 In response to "Euler's FizzBuzz"

There was recently an article submitted on Lobsters, which discussed a pretty clever approach to the FizzBuzz problem using some number theory.

The approach is sufficient granted that each chosen FizzBuzz number is a distinct prime, but when we start involving composite numbers things begin to get a little hairy.

Some of the language used in the article led me to believe that the subtler details of this latter situation were overlooked. I aim to discuss those here.

The question was asked: does this [approach] hold true for every n we might choose?

The author seemed to imply throughout the text that the answer to this question is yes, but the answer is actually no, as we will work out.

Furthermore, the following claim was made: The numbers chosen as factors do not need to be prime, but if one of them has another as a factor, some groups will not exist.

This intuition is actually misleading in the sense that even though it seems logical at first, there are other things going on under the surface that don't really have much to do with sharing factors.

In fact, it isn't just the case that things get weird when the chosen FizzBuzz numbers share factors. It even happens when they are non-prime coprimes!

It's worth mentioning that this is actually my first personal technical blog post, and I can't think of a more fitting thing to write about than mathematics. I hope that there is some meaningful discussion as a result, and that folks gain something from reading along.

I want to emphasize that what follows is not an attack on the author of the linked article or their work, but instead just a critique / commentary on some of the mathematics used and explanations given.

As you make your way through this post, you'll notice that I have linked to a lot of external resources, and at times perhaps the explanations that I give might seem a bit handwavy, especially to readers who aren't familiar with the underlying mathematics.

The following content is already quite long, and if I were to go off into the weeds to explain every little detail, it would be much longer. The hope is that you will become curious where you want to be, and explore some of the topics discussed as necessary / desired.

That being said, I know that there is a lot being covered, and so if anything is not clear, I am open and looking forward to any ensuing discussions, whether it be via e-mail or in the comments on Lobsters.

I'm not going to restate the entire article here, and I will assume that you have at least skimmed through it and have a general understanding about what the proposed generalized FizzBuzz solution looks like.

I encourage you to play around with different FizzBuzz numbers and see what you come up with.

For the purposes of our discussion, I restate the proposed solution, albeit somewhat differently (I've added a bit more detail for context):

Note: The function construction claims are just that — claims. As we'll see, the prescribed means of construction doesn't hold true for all cases. In other words, we will see conditions on the right hand side start to fail.

Let's try out some values:

Let's try an \(a\) that isn't completely obvious:

Our expected output, then, should be \(FizzBuzz\). Let's verify that:

Initial reasonings for why this example works

Let's see if we can try to understand what's going on in this case. \(n_1\) and \(n_2\) are both prime in the example, so we'll try to find out what we can determine from that:

Neither Fizz nor Buzz

Exactly one of Fizz or Buzz

Our discussion above implicitly shows that we get exactly one of \(Fizz\) or \(Buzz\) in the case that \(a\) is divisible by exactly one of \(n_1\) or \(n_2\), since otherwise one of the previous cases would apply.

But this is normal, right? The author did mention in the case of \(2\) and \(4\) that some groups will not exist if there are shared factors, and we have that here.

It turns out that the explanation isn't quite as simple as that.

For the above example, there is actually a stronger assertion to be made. It's not just that the resulting \(h(x)\) will yield \(0\) for multiples of \(4\) and \(16\), it does so for all multiples of \(2\), which translates into every multiple of \(2\) being assigned \(FizzBuzz\) under the described approach!

I'm going to skip through the rest of the derivation and just point out the following:

I want to emphasize that \(n_1\) and \(n_2\) are relatively prime, because part of the explanation of the original claim was that if any of the \(n_i\) shared factors, then there could be issues.

We have shown here that that sharing factors isn't the only way for us to start having problems.

To understand why weird things happen with some FizzBuzz numbers and not others, we need to talk a bit about some of the properties of the mathematical structures defined on the integers modulo \(n\in \mathbb{Z}\).

This isn't a course in abstract algebra, so I'll trust you to quickly read through these definitions and some examples of each, and I'll try to fill in the blanks where necessary.

For the purposes of our discussion, I recommend that you make sure that you have a decent understanding of what groups and rings are (when I say understanding I don't mean several semesters of group and ring theory; just understand the definitions and the intuition).

One of the intuitions for \(\mathbb{Z}/n\mathbb{Z}\) that I'd like to highlight has to do with (traditional) clocks. Consider \(n=12\), and the following single-handed clock:

Operations on integers modulo \(12\) are akin to sending the hour hand of the clock to different places.

For example, starting from \(0 \;(\bmod\; 12)\), we obtain the following sequence of clock states by performing each subsequent operation on the previous state:

This intuition generalizes (i.e. \(n\)-hour clocks), and you should keep it in mind throughout our discussion when we're talking about arithmetic operations modulo arbitrary \(n\).

You can find a more complete description of the integers moduluo \(n\) here.

Note: Sometimes we will leave the bar, i.e. \(\bar{1}\), off of the elements of the set of integers modulo \(n\) for brevity. The meaning should be clear from the context.

Note: The set \(\mathbb{Z}/n\mathbb{Z}\) is also referred to as the ring of integers modulo n.

Nilpotency of elements of rings

Rings can have elements that are referred to as nilpotent:

As it turns out, there is a useful fact that could help us make some sense of this:

The Well-Behavedness of Prime Moduli

Right, back to reality. Let's revisit our friends \(3\) and \(5\), both prime. Why does the outlined approach work for them?

You'll recall that we offered an explanation for why the outlined approach works in this case as a part of Example 1, but let's look at it from a different perspective.

Consider what non-zero elements of the resulting ring of integers modulo \(n=3\cdot 5=15\) are nilpotent. There aren't any!

This means that if we take any element \(r\) of the ring, and raise it to any power, we will never get \(0\) unless the element itself is \(0\). As it turns out, this is quite a nice property for helping to solve our FizzBuzz problem.

Exercise: Determine what happens when there are prime powers in the factorization of \(n\) — i.e. \(p_i^{r_i}, r_i > 1\). Are there nilpotent elements? What do they look like?

But wait a second, it seemed to work fine with 2 and 4

Remember that an element \(r\) in a ring is nilpotent if there exists an integer \(x\) such that \(r^x=0\). This doesn't mean that it holds for any integer.

For large \(e\), the nilpotent elements in the ring \(\mathbb{Z}/n\mathbb{Z}\) become more apparent.

At this point I suspect you're wondering. While I don't know for a fact the original author's motivations (though I am hoping that they respond and let me know!), I suspect that it has to do with the nice properties of Euler's totient.

This makes sense, and we can see the use in the outlined approach. When a number satisfied the above relation, our FizzBuzz assignment function returned the number itself.

Otherwise, we calculate the other necessary rules to correctly map numbers to FizzBuzz string variations.

Note, however, that this says nothing about not incorrectly mapping numbers that aren't relatively prime to \(n\) to \(0\).

As we discussed above, this can happen to non-zero elements in rings whose moduli's prime factors are not distinct primes, each with exponent \(1\) in the factorization, and when our exponent \(e\) is large enough.

In other words, in rings with nilpotent elements and a sufficiently large \(e\), we can unintentionally map numbers that are not divisible by \(n\) to \(\bar{0}\) in the ring, in turn assigning \(FizzBuzz\) where we shouldn't.

Summary of the above

To make this long story short, in the case where all of the chozen FizzBuzz numbers are prime, the outlined approach works due to the reasons given at the end of Example 1, and more generally due to the fact the the resulting ring has no nilpotent elements.

The reason why it doesn't work in the general case with arbitrary FizzBuzz numbers has to do with the fact that resulting ring has nilpotent elements.

In certain rings, the nilpotency of elements will become clear more immediately than in other other rings, depending on the size of the exponent \(e\) that we have calculated using the outlined approach.

So we know that the originally outlined approach works for two prime FizzBuzz numbers.

Does it work for any number of FizzBuzz numbers

The answer is yes, and the proof is left as an exercise to the reader.

Some other interesting examples

When you're dealing with FizzBuzz numbers that are distinct primes, the approach that was originally outlined works great. It's only when we start playing with composite numbers that things start to get difficult, as demonstrated above.

We have also shown that it is not enough for the FizzBuzz numbers to be relatively prime.

Is there an elegant "general" solution?

This I do not know. I may explore the problem further in the coming days, but for now the only general solutions that I can think of are the ones that we're most accustomed to seeing during programming interviews.

I thank you for taking the time out of your day to read along, and I hope that you found the content interesting. I am looking forward to any and all discussions that occur as a result, either in the comments on Lobsters, or if you would like to email me at: